To protect the health and wellbeing of our visitors and staff the conditions of entry have been updated and  are outlined below.

The Memorial is registered as a COVID Safe Business with the NSW Government.  We are committed to protecting the health of all visitors and staff and we will update our procedures to comply with current guidelines and recommendations from the NSW Government.

When visiting the Anzac Memorial please consider the following:

What we are doing to assist 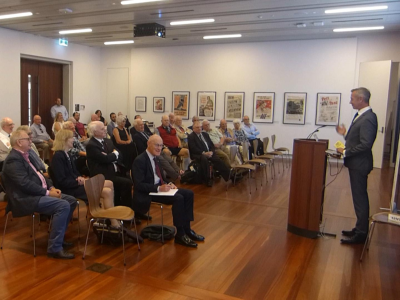 1917 — An aircraft was successfully launched from a platform on a gun turret in  HMAS SYDNEY. Permanent platforms were fitted to SYDNEY and MELBOURNE and both cruisers carried fighter aircraft from January 1918

1941 — Japanese forces invaded THAILAND and MALAYA. In the first air action of the Pacific War, aircraft from 1 Sqn RAAF attacked a Japanese convoy off Malaya